Will my private student loans be canceled under Joe Biden’s plan?

PRESIDENT Joe Biden can write off billions of dollars in student debt – but does that apply to private loans?

We tell you everything you need to know if you’re in the red after college.

President Biden reportedly considered writing off $10,000 in debt for all borrowers, which would free 11.8 million people from student debt and forgive more than $320 billion in loans, according to the Federal Reserve.

Proponents argue that easing the debt burden for tens of millions of Americans would help boost the overall economy.

The pause on student loan repayments is currently in place until the end of August and should not be affected by inflation. 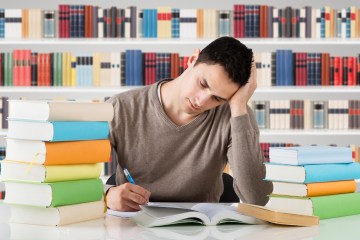 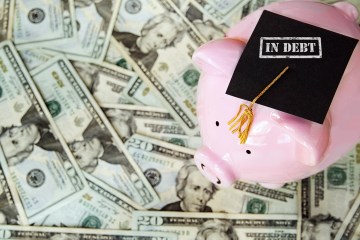 The freeze, first decreed by former President Donald Trump in March 2020, was due to expire on May 1.

According to the Federal Reserve, more than 43 million Americans owe a total of $1.7 trillion in student debt.

Will my private student loan debt be forgiven?

While any student loan forgiveness plan may sound promising to many students, it only applies to federal student loans owned by the US Department of Education.

These are generally available to US citizens and those with a green card only, although some other non-citizens are also eligible.

Even though the majority of borrowers — about 92% — hold federal loans, private student loans still make up 7.71% of total debt outstanding.

How to lower your private student loan costs

You’re unlikely to get your private student debt forgiven, so it’s worth keeping the cost of loans down so they’re as cheap as possible.

For example, by refinancing a low-interest loan, you will pay off the debt faster.

This means that you are exchanging your current private student loan for a new loan.

To find a new loan, use a comparison site like Credible to get the best deal for you.

As with any loan, be sure to meet your monthly repayments or you’ll usually be hit with late payment fees.

Also be aware that not all applicants will get the marketed rate, so you might apply and then be offered a lower rate.

We tell you everything you need to know about Joe Biden’s student loan forgiveness plan.

Plus, find out why student borrowers might get a bigger tax return this year.

« What is the statute of limitations for private student loans? » Federal or Private Student Loans: Which is Best for You?